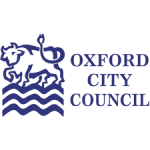 Oxford City Council is the administrative centre of Oxford, with a resident population of 160,000 and approximately 60,000 households spread over 24 wards. It has two world class universities, as well as thriving commercial businesses and has a daytime population of 180,000.

In October 2016, Oxford City Council conducted a full OJEU tender exercise to procure a new domestic and commercial waste and recycling operational system, replacing their existing system which had been in use for several years.

The new system needed to be modern, robust and capable of supporting the future direction of the Council. It needed to support new ways of working, deliver efficiencies to the department, improve customer service and support the council to build on it’s already successful commercial waste operations.

Software integration with ODS’s web portal (Jadu) helped to further modernise their domestic and commercial operations and provided a means for customers to self-serve. As a result, many customer interactions and operational processes are now automated including missed bin enquiries, bin deliveries, bulky collections, garden waste subscriptions as well as trade customer sign-ups.

Collective was also integrated to the Agresso financial management system. Collective outputs invoice files to Agresso which has helped to streamline the customer billing process and dramatically reduced the time create invoices.

Oxford District Services are at the forefront of environmental innovation and were the first to fit Collective into a Dennis Eagle eCollect electric refuse collection vehicle.

The FleetRoute Daily Operational module will help ODS to deal with day-to-day operations and issues as they arise such as ad-hoc jobs and service interruptions.

The Strategic Options module will help to plan for the future by analysing the impact of any future service changes such as different waste streams, collection frequencies, shift patterns, vehicle types and new facilities.

Organisations we work with

We want to help you do better

We’re here to help you towards a better future with a happier public.

Here to help you serve the public better