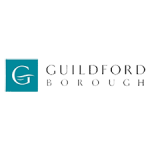 Guildford Borough Council’s Operational Services are responsible for the refuse collection, recycling and street cleaning services across the Borough. Throughout 2012 significant changes to the strategy and service design were in progress to move towards the target of a seventy per cent recycling rate.

As part of this strategy, in January 2013 Guildford went out to tender for the provision and implementation of a new IT solution to replace their existing waste management system. The new system was to include domestic waste collection management software and to interact with the Council’s customer service centre system.

The system was to also include in-cab terminals supporting two-way communications and the ability to handle live service data.

Expansion to the rest of the domestic collections fleet soon followed as the Waste Collector system was rolled out to a further twenty-six vehicles collecting co-mingled recycling.

The next project was the implementation of the Collective Trade system to manage Guildford’s commercial customer accounts. Guildford also wanted to be able to monitor their customer’s bin weights without going so far as to charge by weight. To establish this, in-cab terminals in the trade vehicles were interfaced with Guildford’s chosen bin weighing system, C-Trace. Through integration with C-Trace, Collective receives the following bin lift data:

Bin weights can now be monitored over time and compared against each customer’s permitted weight allowance. This enables the council to identify customers who regularly exceed their allowance, apply a surcharge or move them to a different price list altogether.

As RFID tags are not in use everywhere, we needed a mechanism to identify which customer’s bins were being lifted. This was easily achieved through the in-cab touch screen terminal. The driver selects the customer on the terminal, the following bin lifts and weights are then automatically assigned to that account.

All activity can be viewed in the back-office application including a map view of all bin lifts. Integration with Guildford’s E-Fin financial management system automates both in-advance and in-arrears billing.

The expansion of the Collective system at Guildford has continued beyond waste and recycling collections. A further project is currently underway to incorporate street scene operations including scheduled cleansing work and reactive jobs such as fly-tipping, graffiti and abandoned vehicles.

“Since introducing the Bartec system we have been able to implement significant changes to the way in which we manage the customer, this has impacted the missed collection rate by pre-filtering the information ensuring that we only received missed collection reports for properties that we have actually missed.

We have been able to develop real-time reporting based on the crew feedback, allowing residents to report missed containers online, reducing call volume to our customer service centre, ensuring early notification to our operations team and allowing us the tools to plan the most efficient use of resources to return to the missed properties. The information pulled from the Bartec system through to our public facing webpage has ensured that feedback can be provided to the customer on their collections without the need for them to engage with our staff.

Immediately on introduction of the system we’ve used its letter sending feature to ensure that any crew reported contamination or side waste is responded to with an automatically generated letter to the resident. We believe that this continuous targeted communications has led to the continued increase in our recycling rate that we have seen over the last four years.

This same feature has also allowed us to run targeted communication campaigns following the identification of patterns across specific areas, again using the crew feedback to facilitate this.

The system implementation has also allowed the growth of our garden waste system through the ease of the data management and communication with the crews.

When the system was introduced in 2013 we had 17,000 customers, the number has now grown to 28,000 container collections from 22,000 properties. The benefits to us have been twofold – we have reduced the admin burden of this service through the use of in-cab devices and it has provided the ability for customers to self serve. The latter reducing the call volume to the customer service centre, making the process easier for us to manage and making it easier for residents to pay for the service as they do not have to wait to talk to us during office hours.”

We want to help you do better

We’re here to help you towards a better future with a happier public.

Here to help you serve the public better